How a Policy Change by Haryana Govt. Could Make NOIDA and YEIDA More Attractive for Industries ​​Most of the 250 Fortune 500 companies in Haryana are located in Gurgaon. What could jeopardise the growth story is the Haryana government’s recent notification mandating 75% reservation for local people in private sector jobs that have a monthly salary of less than Rs. 30,000.

Gurugram is India’s millennium city. It barely existed when India liberalised its economy in 1991. This city in Haryana drew the world’s attention in 1997 when the then chairman of General Electric, Jack Welch, opened a mega office there, as the American conglomerate gambled on outsourcing some business operations to India. In the 2000s, Gurgaon developed so fast that it eclipsed every other satellite city of the National Capital Region. or Haryana’s foremost industrial city of those days, Faridabad. Today, the skyline of Gurgaon — with its elite clubs, condominiums and shopping malls — reflects its wealth. 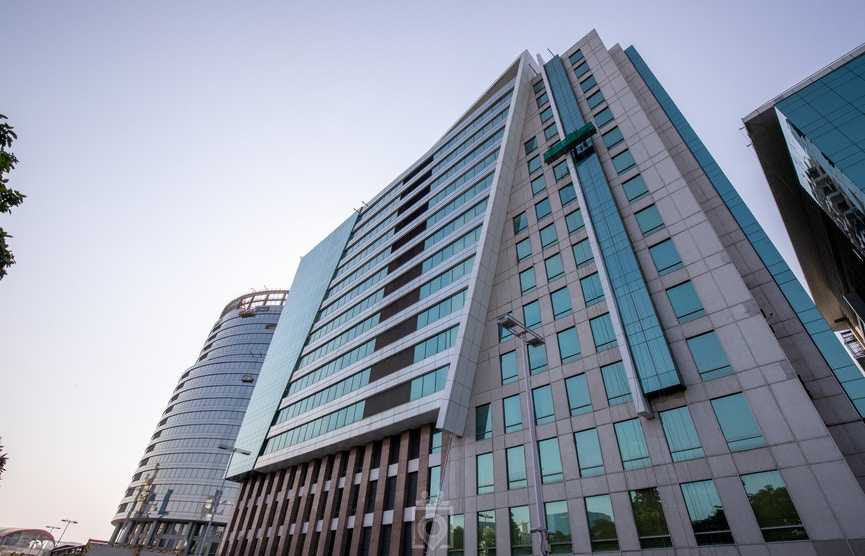 Most of the 250 Fortune 500 companies in Haryana are located in Gurgaon. What could jeopardise the growth story is the Haryana government’s recent notification mandating 75% reservation for local people in private sector jobs that have a monthly salary of less than Rs 30,000. This single act by the Haryana government can make UP’s Gautam Buddh Nagar (comprising Noida and Greater Noida) — on the other end of NCR — appear more investor-friendly. Noida is one of the satellite cities that Gurgaon trumped many years ago to become NCR’s most favoured investment destination. “Noida and Greater Noida still rival Gurgaon in a significant manner.

After all, very little land is left in Gurgaon,” says Deepak Bagla, MD and CEO of Invest India, a government arm that promotes and facilitates foreign direct investment (FDI). “Companies looking for larger tracts of land are coming to Greater Noida now. It has also become attractive because a new airport with a logistics hub is being constructed” he tells ET. Against this backdrop of development in Noida, the Haryana government’s quota-for-locals policy — although a smart political manoeuvre by the ruling BJP-JJP (Jannayak Janta Party) alliance — may come in the way of new investments in the state.

It’s not just Gurgaon that will bear the brunt of this reservation policy. Haryana is about 45% of NCR, with 13 districts, including Gurgaon, Faridabad, Rohtak, Sonepat, Jhajjar, Palwal and Bhiwani, falling in the region. Many have massive industrial belts, which woo investments, including FDIs. A blanket government order like this is bound to erode investor confidence and curb growth across the region.

Haryana’s loss will be Western UP’s gain. Eight UP districts, including Gautam Buddh Nagar, Ghaziabad, Bagpat and Bulandshahr, are part of NCR. These are in proximity to Delhi, forming a little over one-fourth of NCR. Two Rajasthan districts, Alwar and Bharatpur, also come under NCR.

Rajiv Chawla, chairman of Integrated Association of Micro, Small and Medium Enterprises of India (IamSMEofIndia), says the only option left for industries is to move court and challenge the quota order before it comes into effect from January 15, 2022. It is sad that large companies have been shying away from this important issue. They will suffer as they too need to hire blue-collar workers. Growth of several cities, including Gurgaon, will be impacted. Many industries will stop expanding in Haryana. Garment sector will be the worst hit,” he says. He adds that it is too early to forecast which NCR hub will eventually benefit if companies decide to expand outside the state. According to Chawla, companies will face hurdles when they have to hire a large number of workers at one-go, mainly after Diwali and Holi, when they face acute labour shortage, as migrants often delay their return to cities.

Though the state government had earlier said that only people born in Haryana or those having 15 years of residency in the state would be eligible for bona fide domicile certificates, a requirement to be eligible for the quota, Deputy Chief Minister and JJP chief Dushyant Chautala tells that the state government has agreed to reduce the residency period from 15 to 5 years to allay the concerns of industries.

It’s important to note that it is Chautala’s JJP, not the BJP, which had championed this law to fulfil its poll promise. In the assembly election held immediately after the 2019 Lok Sabha poll, BJP emerged as the single largest party with 40 seats, but fell short of reaching the halfway mark of 45, forcing it to forge an alliance with JJP. Chautala was made the state’s deputy CM.

The reservation-for-locals policy first cropped up in July last year when the state government passed the Draft Haryana State Employment of Local Candidates Ordinance, 2020. It was short-lived. In October, the government withdrew the ordinance. A month later, it passed the Haryana State Employment of Local Candidates Bill, 2020, which it notified in March this year. According to the act, which was opposed by most industries, including biggies such as Maruti Suzuki, 75% of new employment needs will be given to local candidates for jobs with a monthly salary of less than Rs 50,000.

The law is applicable to privately managed companies, trusts, limited liability partnership firms, partnership firms etc., located in Haryana. In the following eight months there was no movement on this legislation. But the state government was in no mood to shelve it either. On November 6, 2021, the state’s labour department issued a notification announcing that the act would come into effect from January 15, 2022. 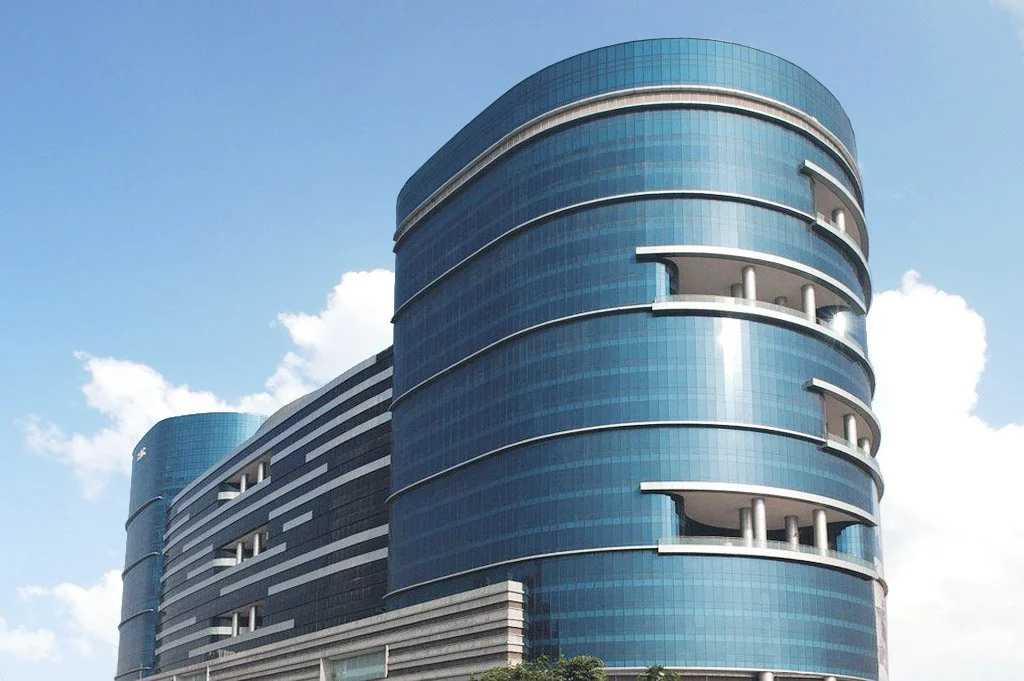 The rules framed for implementing the new law had some good news for industries, particularly for large conglomerates and MNCs, as the salary ceiling was reduced from `50,000 to `30,000. This revision took place after several business honchos and industry bodies, including the Confederation of Indian Industry (CII), made repeated representations to Chautala. The law, as it stands today, will be applicable for a period of 10 years. Andhra Pradesh and Jharkhand, too, have passed a similar law though they have not implemented it.

Vinayak Chatterjee, chairman of Feedback Infra, says the policy will not particularly affect the business environment of Gurgaon. “Gurgaon has now become an upmarket, white-collar hub. It is no longer a manufacturing centre. Instead, it houses many corporate headquarters and services sector industries. They won’t be impacted by the Haryana government’s quota order as it is not applicable above the threshold of Rs 30,000,” he says.

Feedback Infra has its corporate headquarters in Gurgaon. A number of business persons and entrepreneurs whom ET reached out to did not want to comment on record. Most of them, however, say Gurgaon and other Haryana cities will be impacted as all private companies employing 10 persons or above will have to file recruitment returns to the government, providing a detailed breakup of new recruits. While most companies may continue their setups in Haryana, they may scout for new avenues of growth in neighbouring states. 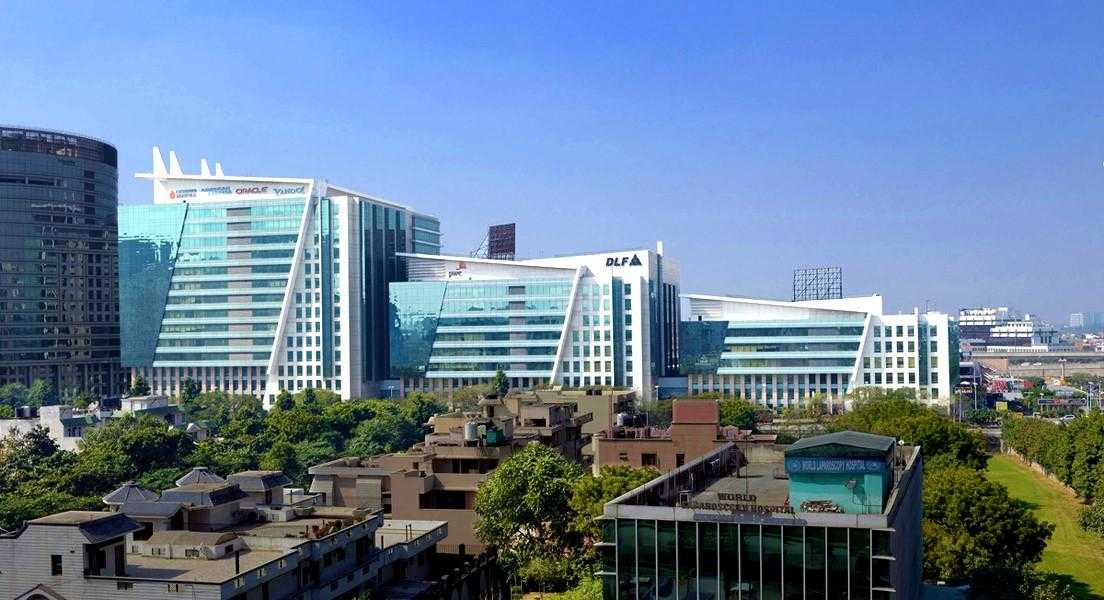 Will we see a Gurgaon-Noida race 2.0? An officer in New Okhla Industrial Development Authority (NOIDA) appears exuberant when he says the city is creating three more sectors by acquiring several villages. Also, in the current financial year, the authority allotted land to over a dozen companies, including two parcels of land to the Adani Group and 60,000 square metres to Microsoft, the officer adds.

The officer is not an authorised spokesperson. The list for Greater Noida is even longer. Realty players are, however, betting big on Gurgaon even though Noida has seen a huge jump in the launch of new units. In JulySeptember 2021, Gurgaon saw the launch of 5,510 new units, registering a 74% growth year-on-year, according to realty consultant ANAROCK. Meanwhile, Noida saw 1,030 new units, a 400% rise y-o-y. The Gurgaon-Noida race could turn out to be a marathon rather than a sprint. Both the cities will have to be watchful of a corporate migration —companies in Haryana crossing the Yamuna to escape the quota law.

Won’t Haryana’s quota-forlocals policy force companies to shift bases to Noida and Greater Noida in UP?

That is not going to happen. Had there been any apprehension about this policy, Maruti would not have decided to invest Rs 18,000 crore in a new 900- acre plant (in Sonipat) in the state. Why has Flipkart now decided to invest big in Haryana? At least four big companies have purchased land worth Rs 3,000 crore recently.

Are you doing enough to allay industries’ concerns?

We are doing our best to keep our industries within the state. We have had multiple discussions with them. Some companies had expressed concern that the Rs 50,000 (salary) ceiling was very high (for quotas). We decided to reduce it to Rs 30,000. As far as domicile certificates are concerned, earlier, one had to reside in Haryana for 15 years to get such a certificate.

Do you think other states will emulate the policy?

I am very sure other states too will follow the Haryana quota model. Haryana has always taken benchmark decisions and other states follow us. We have had four meetings (till November 19) for its smooth rollout. The portal for registration is ready. Every three months, all companies will have to file returns on recruits. 75% quota requirement needs to be fulfilled every year.