Failure to Report Crypto in Your Tax Return could be Problematic Soon. Govt Looking to Add Cryptocurrency to Tax Law 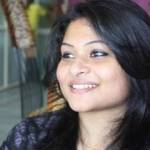 The government wants to capture cryptocurrency income and investments within and outside India.

Indians who trade or invest in cryptocurrencies on Indian platforms could come under the taxman's lens, as might those who hold such coin outside the country. The government is looking to amend current income tax and disclosure norms in the upcoming budget to include terms such as Cryptocurrency.

The government is considering amending Section 26A of the Income Tax Act and the Annual Information Regulation (AIR), which shows data on all investments made by a taxpayer and is often called a 'tax passbook'.

"There is a recommendation to add the words cryptocurrency, crypto assets or digital currency in some parts of the Income Tax Act," one of the persons said. "This would mean that those filing tax returns will have to specifically disclose their income from cryptocurrency investment or trading."

The fear is that the tax department cannot legally ask banks to reveal cryptocurrency transactions by customers, as the asset is not defined under the Income Tax Act.

Once such an amendment is made, the taxman can seek details of transactions by individuals through banking channels. In most cases, Indians have been using these to deposit money made through cryptocurrency investment and trading. The government is also looking to amend foreign asset disclosure norms so that Indians will have to declare whether they hold cryptocurrencies overseas. The current regulations mandate Indians to disclose all assets they hold or any income they would have made during the year through real estate or foreign trusts.

The two changes in the existing tax law are separate from the cryptocurrency framework the government is looking to introduce.